Welcome back to the Library Corner!  Each month our school librarian, Mrs. Connell, recommends three books that students are encouraged to read.  These titles are available in the Holy Trinity School Library, as well as in the Wallingford Public Library. 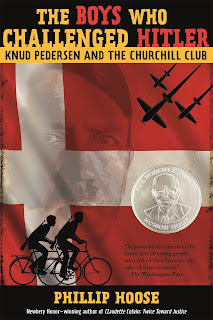 Title: The Boys Who Challenged Hitler: Knud Pedersen and the Churchill Club

Summary: At the outset of World War II, Denmark did not resist German occupation. Deeply ashamed of his nation's leaders, fifteen-year-old Knud Pedersen resolved with his brother and a handful of schoolmates to take action against the Nazis if the adults would not. Naming their secret club after the fiery British leader, the young patriots in the Churchill Club committed countless acts of sabotage, infuriating the Germans, who eventually had the boys tracked down and arrested. But their efforts were not in vain: the boys' exploits and eventual imprisonment helped spark a full-blown Danish resistance. Interweaving his own narrative with the recollections of Knud himself, The Boys Who Challenged Hitleris National Book Award winner Phillip Hoose's inspiring story of these young war heroes. 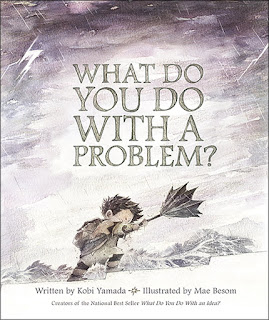 Title: What Do You Do With A Problem?

Summary: This is the story of a persistent problem and the child who isn't so sure what to make of it.  The longer the problem is avoided, the bigger it seems to get.  But when the child musters up the courage to face it, the problem turns out to be something quite different than expected.

Mrs. Connell says, "Thank you to Mrs. Lackman for donating this book to our library!" 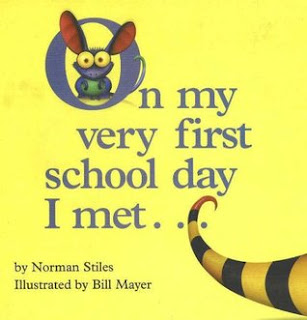 Title: On My Very First School Day I Met...

Summary: In this book, children will meet fantastic and funny creatures that will keep them laughing!


Check back next month for more recommendations!