Welcome to December's Library Corner!  Every month our librarian, Mrs. Connell, recommends books for students to read.  All of her suggestions can be found in our library as well as the Wallingford Public Library. 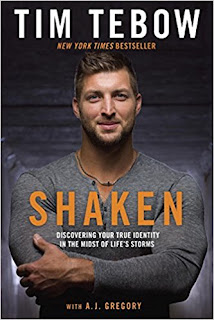 Title: Shaken: Discovering Your True Identity in the Midst of Life's Storms

Summary: In this book, Tim Tebow passionately shares glimpses of his journey staying grounded in the face of disappointment, criticism, and intense media scrutiny.  Following an exceptional college football career with the Florida Gators and a promising playoff run with the Denver Broncos, Tebow was traded to the New York Jets and was released after one season.
In Shaken, named the 2017 Christian Book of the Year, Tebow talks about what he's learned along the way, building confidence in his identity in God, not the world.  This moving book also features practical wisdom from Scripture and insights gained from others who have impacted Tebow in life-changing ways. 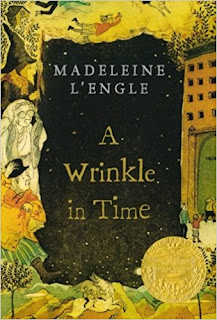 Title: A Wrinkle in Time

Summary: It was a dark and stormy night; Meg Murry, her small brother Charles Wallace, and her mother had come to the kitchen for a midnight snack when they were upset by the arrival of a most disturbing stranger.  The stranger tells them there is a tesseract or a wrinkle in time.
This book is the story of the adventures in space and time of Meg, Charles Wallace, and Calvin O'Keefe.  They are in search of Meg's father, a scientist who disappeared while engaged in secret work for the government on the tesseract problem.

Mrs. Connell says, "Read it before the movie is released!" 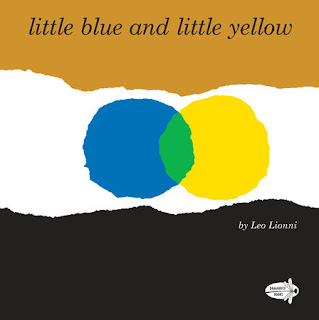 Summary: Little Blue and Little Yellow are best friends, but one day they can't find each other.  When they finally do, they give each other such a big hug that they turn green!  How they find their true colors again concludes in a wonderfully satisfying story told with colorful pieces of torn paper and very few words.


Come back next month for more recommendations!
Posted by HTS Admin at 9:42 AM No comments: